Tizio is a table lamp designed by the German designer Richard Sapper in 1972 for the Artemide lighting company.

It is a company founded in 1960, and is one of the best known lighting brands in the world. Today it is synonymous with design and innovation, obviously all Made in Italy.

It is no coincidence that his designer Richard Sapper was one of the most important of his generation, so much so that his creations are exhibited in various museums around the world, including the Milan Triennale, the MoMA in New York and the V&A in London.

Specifically, in this collaboration with Artemide, Tizio was created, a beautiful lamp with a refined and elegant design, ideal for any setting. 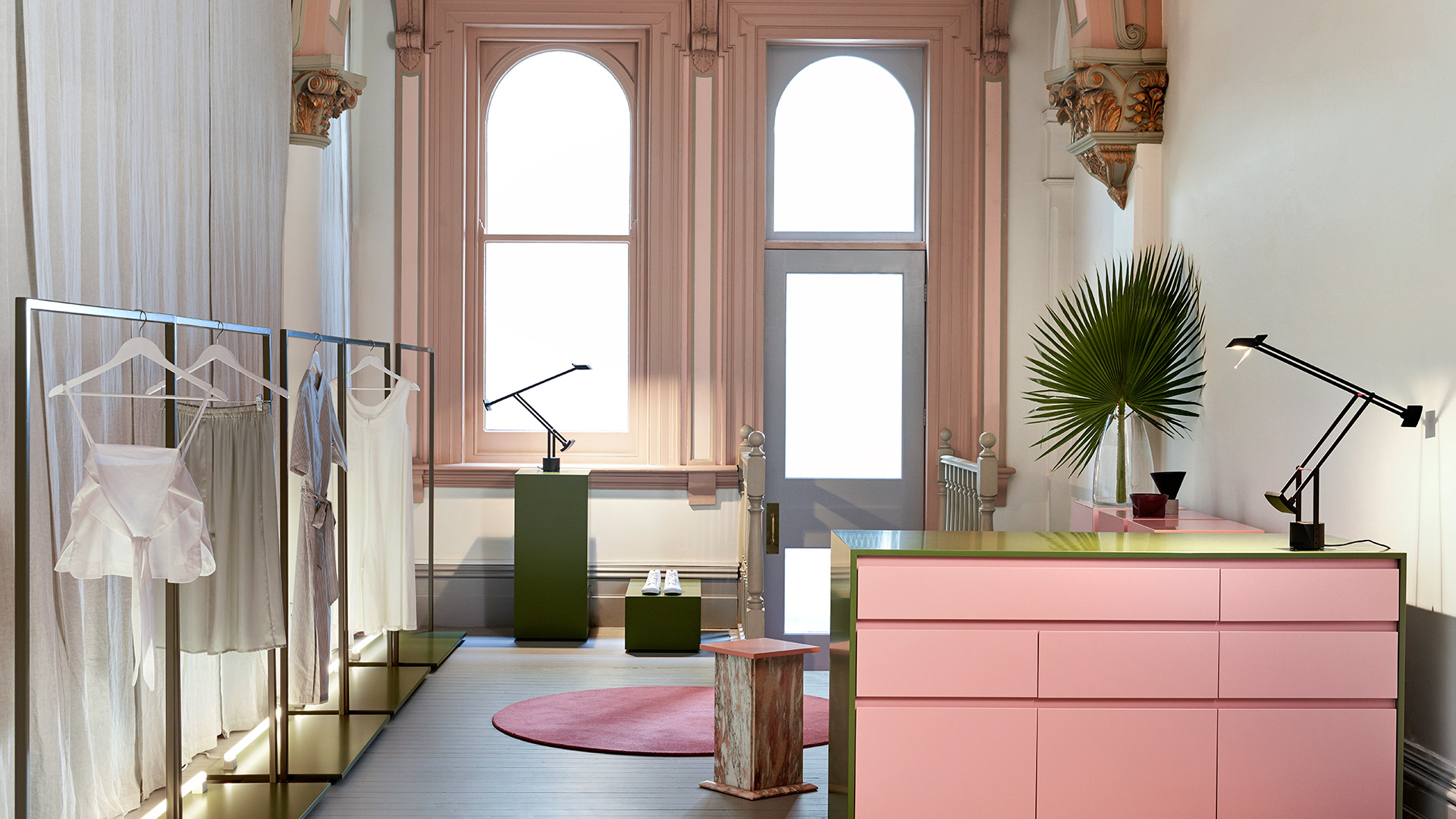 Tizio's goal was to create a drawing lamp that had a large range of movement, but at the same time was not bulky and flexible. Overall, we can say that the Tizio lamp combines engineering skills with the simplicity of an essential and elegant shape. In fact, it is thanks to its shapes and elegance that Tizio is not only used as a work lamp, but also as an element of furniture, especially in white version, giving even more brightness and character to the setting.

"Icon of design, the Tizio table lamp is known all over the world, present on the desks of many offices, protagonist of furnishings in countless films [...]."

Its charm has no end, despite being a lamp designed in the seventies, Tizio is still considered an object symbol of quality, functionality and elegance. 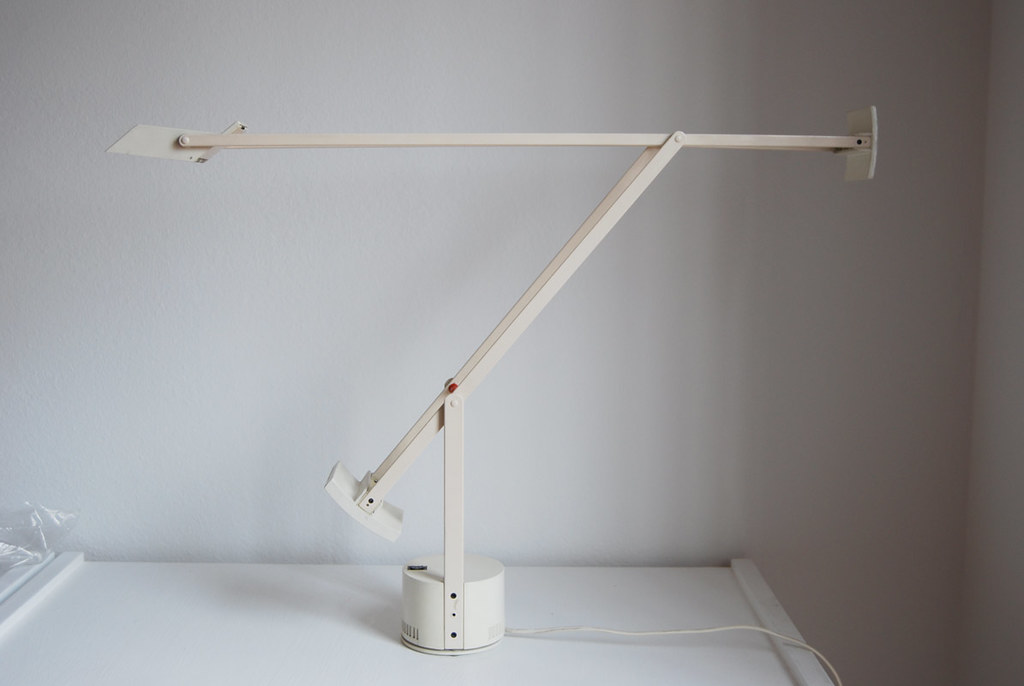 The lamp is produced in metal finished with a very light nylon coating reinforced with glass fiber and is made up of two pairs of parallel arms that allow a wide range of positions.

In fact, Tizio is characterized by an agile system of joints without electric cables in constant balance by means of counterweights, in which the same arms offer themselves as current conductors. The stability of these positions is then determined by steel counterweights fixed to the ends of the pairs of arms.

As for the base instead, which is the innovative element, we find a cylinder, which contains the transformer capable of bringing the voltage from 230V to 12V.

We can therefore say that its components clearly convey its function: the base with a small switch for switching on, the head as a lighting element, the arms for support and configuration according to needs. Tizio also emits a direct and adjustable dimmable light and is available in both the table and floor version. 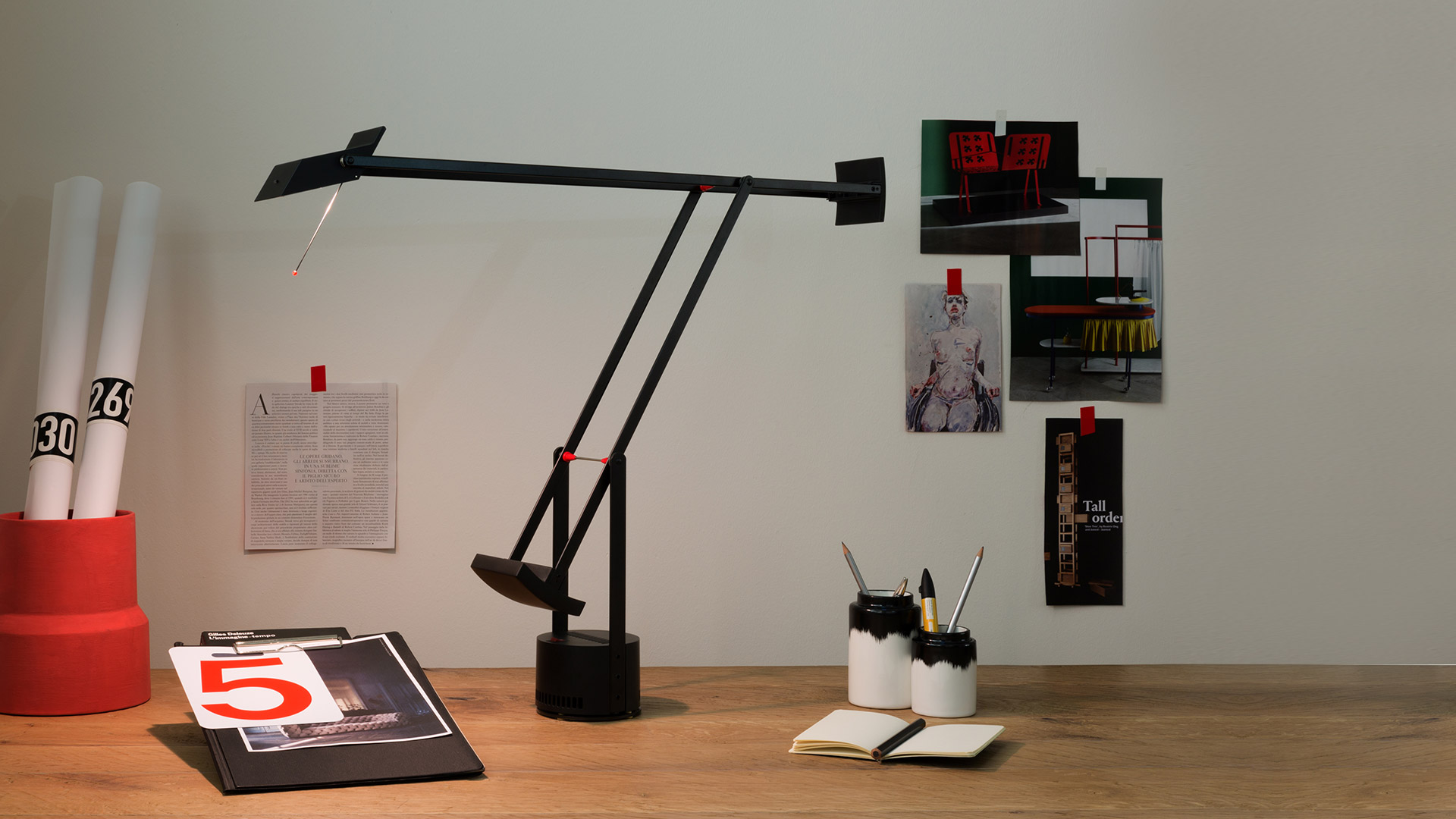 What are you waiting for? Come and discover the various models and colors, you will find everything as always, on our Diffusione Luce website!