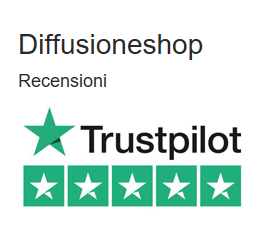 Marcello Morandini was born in Mantua in 1940 and has lived in Varese since 1947. He is one of the major representatives of Concrete Art in Europe. He began his activity in 1964 with a solo exhibition curated by Germano Celant; in 1967 he was invited to the “IX Biennial” in São Paulo, Brazil, and in 1968 with a personal hall at the “XXXIV International Venice Biennial Exhibition”. In 1972 he organized a retrospective at the Kestnergesellschaft in Hannover. In 1977 he was invited to “documenta 6” in Kassel. In the 1980s he collaborated with architectural studios in Singapore and in Kuala Lumpur in Malaysia. In 1984, in Germany, he designed the 220-meter facade of the Thomas porcelain factory in Speichersdorf. From 1984 to 1986 he organized solo exhibitions in several museums: Tokyo, Bochum, Verona, Darmstadt, Mannheim, Helsinki. In 1988 he designed a 40-meter sculpture as the outdoor symbol of the museum in Ingolstadt. In 1993 he held an art & design anthology expo at the Die Neue Sammlung Museum in Monaco and at Palacio Galveias in Lisbon in 1994. From 1995 to 1997 he taught art & design at the Salzburg Summer Academy; from 1997 to 2001 at the Ecal in Lausanne and in 2003 at the Brera Academy in Milan. In 2004 he was elected honorary member of London’s Royal Society of Arts. The Wilhelm-Hack-Museum in Ludwigshafen dedicated 3 important solo exhibitions to him, and also commissioned a 10-meter sculpture for the museum’s square. In 2005 he inaugurated the new Ritter Museum in Waldenbuch with a solo exhibition. In 2007 he designed the architecture of the “Das kleine Museum” cultural center in Weissenstadt, Germany. In 2008 the Museum Ca’ Pesaro in Venice organized an important exhibit for him, brought to the Neues Museum in Nürnberg the subsequent year. In 2010 an 11-meter sculpture of his was inaugurated as symbol of the Europäisches Industriemuseum in Plößberg. He also organized a retrospective at Casa del Mantegna in Mantua. In 2014 he held a personal art & architecture exhibition at the Kunstmuseum in Bayreuth and a retrospettive at the National Gallery of Modern Art in Rome. In the first half of 2017 he organized a complete retrospective at the MA*GA Museum in Gallarate. Currently, he is involved in his foundation, established in December 2016, and in the renovation of its new headquarters in Varese that will be operational also as a museum at the end of 2018, and in the creation of the challenging raisonné autobiographical volume/catalogue.

The invitation to study a new graphic image for the “Cobra” lamp designed in 1968 by Elio Martinelli must surely be tackled with due respect so as not to distort its original value. An invitation shared by other professionals tied to the corporate history of “Martinelli Luce”, symbolically underscored by the new collection of the “Cobra” lamp all dressed up through the ideas of new professionals. My project is a graphic intervention in black & white – two realities that have been accompanying my work since 1963. I wanted to create a strongly geometric image that involves the entire spherical dome and that affords a new optical aesthetic value of the surface in the rotation action of the light. A perception not possible in the essential and perfect form created by the brilliant Elio Martinelli fifty years ago.