Luca Nichetto was born in Venice in 1976, where he studied at the Art Institute and where, subsequently, he graduated in Industrial Design at the IUAV, University of Architecture in Venice.
In 1999 he began his professional activity by designing his first Murano glass products for Salviati. In the same year, the partnership with Foscarini starts for which, in addition to signing some projects, he takes on the role of consultant for the research of new materials and product development (2001-2003). In 2006 he founded the Nichetto & Partners studio in Porto Marghera, near Venice, which deals with Industrial Design and Design Consultant and in 2011 he decided to start a new professional activity in Stockholm, Sweden.
During his career Luca Nichetto has received important international awards, including the 2008 Gran Design Award, the 2008 Chicago Atheneum Museum of Architecture Good Design Award, the 2008 IF Product Design Award and the Elle Decoration International Design Awards. 2009 (EDIDA) as Designer of the Year in the Young Designer Talent category.
He has held numerous lectures and workshops in various universities both in Italy and abroad and is currently a professor at the Iuav in Venice, Faculty of Design and Arts.
In addition to having participated in exhibitions in Europe, the United States and Japan, Luca Nichetto has been the protagonist of important retrospectives that have touched some of the major European cities including Venice, London, Paris and Stockholm and has signed, as art director, many international events.
He was also invited to take part in prestigious juries in competitions both in Italy and abroad.
Luca Nichetto currently collaborates with numerous companies both nationally and internationally, including, Bosa, Casamania, Ceramiche Refin, Emmegi, Established & Sons, Fornasarig, Foscarini, Fratelli Guzzini, Gallotti & Radice, Globo, Italesse, King's, Kristalia, Mabeo, Moroso, Offecct, Ogeborg, Salviati, Skitsch, Skultuna, Tacchini, Venini. 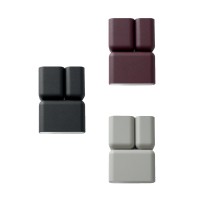 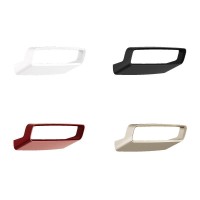 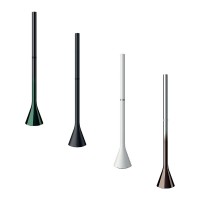 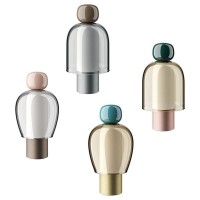 Like a pair of cute doll-like characters, Easy Peasy portable and rechargeable lamps already express their playful spirit in the name. With the sculptural design that expresses minimal elegance through rounded shapes and eclectic color combinations, the Easy Peasy portable lamp adds warmth and character to any environment.