Giovanni Ponti, known as Gio, was born in Milan on 18 November 1891, and graduated in architecture in his home city, at the Politecnico di Milano (then known as the Regio Politecnico) in 1921. Shortly afterwards, he began a long-term collaboration with his friend Emilio Lancia which was to lead to the setting up of a professional firm where, for a short while, Ponti was to also be associated with architect Mino Fiocchi.

The relationship with Lancia continued until 1933, the year which saw the foundation of a new studio which Ponti ran together with Eugenio Soncini and Antonio Fornaroli. In 1945, Sonci left the studio and was replaced seven years later by the young architect Alberto Rosselli, who was to remain with Ponti and Fornaroli until his premature death in 1976, not long before the death of Ponti himself, three years later in Milan, on 16 September.

In parallel with his intricate professional life in the field of architecture, Ponti also concentrated on extending his personal interest in art (in particular in painting) and crafts, to then become a designer through a chance encounter with the management team of the Richard Ginori Ceramics Works.

The Sesto Fiorentino based company with which Ponti worked from 1923 to 1930, radically overhauling its entire production, became the ideal venue for cultivating his growing passion for ceramics, one which was to accompany him throughout his career. He elaborated interesting reflections on the application of this material to the designing of building façades and the entire city, which were masterfully summarised in “Amate l’Architettura” (published in 1957) and completed in a period – following the second world war – in which international standards demanded the use of cement of the construction of endless curtain walls in glass and steel.

The production lines created for Richard Ginori were innovative yet traditional: plates, vases and small table-top sculptures were all created with the most advanced techniques, but were inspired on the one hand by artisan traditions and on the other by the shape of ancient medallions, urns and classic states, and were populated by sinuous figures set in vaguely architectural settings which were accented with designs of colonnades, pergolas or entire basilica (for example the celebrated “Vaso delle donne e delle architetture”). The impact of these initial works was such that as early as 1923 Ponti’s work for Richard Ginori was presented at the Monza Biennial for Decorative Arts, in international magazines and, in 1925, was awarded the Grand Prix at the Exposition des Arts Décoratifs in Paris. 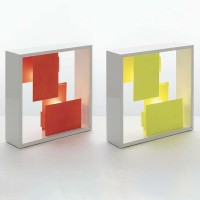 Historical lamp from the late 60s revisited, a table or display case for objects made of bent and colored steel in bi-color format. The great novelty of this Limited Edition version, available as a promotion before Christmas is in the coloring, it is available in a choice between white / coral and white / yellow. Complete with two lampholders with E14... Historical lamp from the late 60s, table or display case for objects made of folded and colored steel, it is available in two colors to choose between white and gold. Complete with two lamp holders with E14 socket for a maximum of 56W. Possibility to use LED or halogen bulbs. Designed by Gio Ponti in 1969. Dimensions: 35 x 35 x 10 cm. 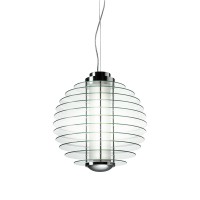 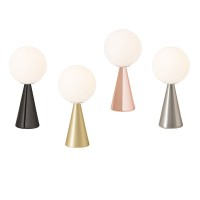 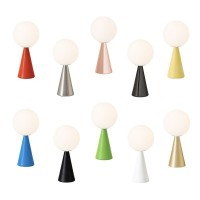 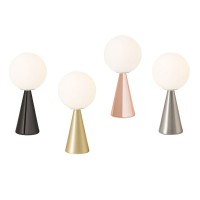 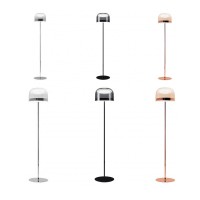 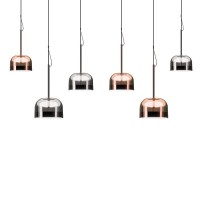 Equator suspension lamp, LED chandelier with the possibility of adjusting the light intensity with the 1-10V system. Galvanized metal frame, glass diffuser. Available in three different sizes from 25W, 40W and 60W with their respective diameters of 238mm, 358mm and 4800mm. In two different colors polished copper and chrome-plated. Designed by Gabriele and... 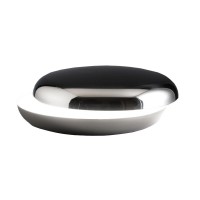 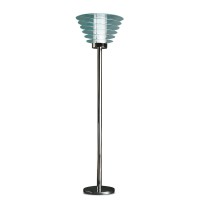 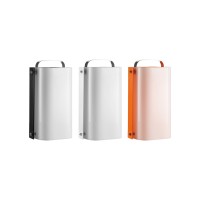 iGuzzini Polsino Large, re-edition of the historic table lamp, with a new LED source. Made of recycled and recyclable PMMA, with aluminum handle, Available in three finishes. Light source included. 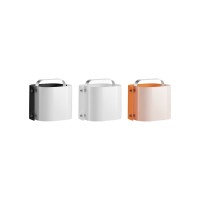 iGuzzini Polsino Small, re-edition of the historic table lamp, with a new LED source. Made of recycled and recyclable PMMA, with aluminum handle, Available in three finishes. Light source included.