Architect, born in 1977, in 2005 he founded the Francesco Librizzi Studio in Milan, a design studio that develops architectural, interior, design and temporary installations projects. Through simple structures traced in the void, his works allow the essential features of space to emerge, highlighting the relationships between places, people and objects. This approach is the basis of the projects carried out for the Milan Triennale, such as the 2012 exhibition "Gino Sarfatti: il design della luce", an inventory of the serial creative thought of the great designer and entrepreneur, or the installation "Munari, mezz'aria "for the sixth edition of the Triennale Design Museum (2013), designed with Matilde Cassani, a spatial metaphor for the exploratory power of the great master and the pavilion“ D1 ”created for the exhibition" Stanze. Other philosophies of living "(2016), design threshold between landscape, architecture and interior. His works on the interiors elaborate a visual reading of a contemporaneity poised between past and future and bring the contemporary project to inhabit the existing architectural heritage. The installations for the Venice Biennale, the Italian Pavilion at the XII Architecture Biennale in Venice in 2010 and the Bahrain Pavilion for the 2012 Biennale, are united in the dialogue between the ephemeral of the exhibition spaces and the permanence of the fifteenth-century building of the Arsenal. Paradoxically, these are some creations in private interiors that mark the encounter between the design thought of the Studio and a large audience. Casa G, (cover project by Abitare n.538), Casa C. (Domus n.958), above all for the presence of stairs with an essential and sculptural feature in strong dialogue with the pre-existing context, define a non-decorative three-dimensional way of designing and look at the interior architecture which has met a significant consensus from the public and critics, obtaining great visibility on international media and prestigious awards such as the Prix Émile Hermès (2008), the Compasso d'Oro honorable mention (2014), " The AZ Awards 2015 Best Residential Interior "," Archmarathon Award 2015 "Private houses", the "German Design Award 2018 Best Exhibition Design".  In 2016, the meeting with FontanaArte created the opportunity to bring all the research gained by the Studio into product design. The result is a family of lamps, Setareh, which gives shape to delicate relationships between space and light, in a very strong dialogue with the legendary identity of the brand. Today the relationship with FontanaArte continues in the role of Art Director, looking towards broader scenarios of a dialogue between public and industry designers. Since 2008, Francesco Librizzi has been teaching Interior and Exhibition Design at various universities and design academies. Among these, the Faculty of Architecture of Palermo, the Faculty of Architecture of Genoa, Domus Academy (Milan), NABA, Nuova Accademia di Belle Arti (Milan). 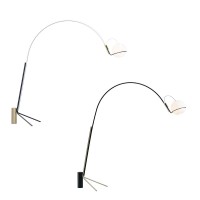 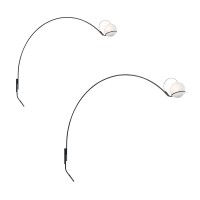 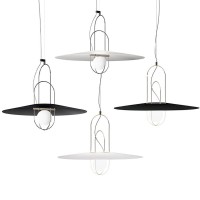 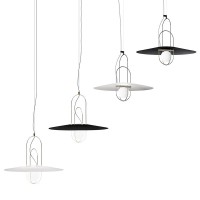 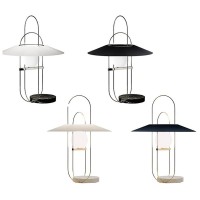 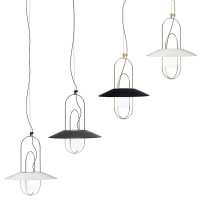